The most common wood destroying beetle found in British buildings today is the Common Furniture Beetle Anobium Punctatum. This insect commonly occurs outdoors infesting dead tree trunks, branches and other forms of exposed timber but, the main cause for concern is its ability to infest indoor timbers in a variety of situations.

Adult beetles emerge from timber in the spring and summer. Very soon after mating the female beetle lays approximately 30 eggs, often into cracks and crevices in the timber she has just vacated. Usually, within a month the eggs hatch and the young grubs begin burrowing into the timber. Here they remain for between two and four years slowly eating and burrowing beneath the surface of the wood. Eventually, the mature larva excavates a pupation chamber just beneath the surface of the wood. Following the pupation process, the adult beetle cuts a hole in the surface of the timber and emerges to start the process once more. It is the appearance of new emergence holes and the dust (frass) that falls from them that often indicates the presence of an active infestation of woodworm.

The woodworm beetle is significant because given the right conditions it can infest a wide variety of timber products including structural building timbers, furniture and wooden ornaments. If left unchecked infestations can lead to severe structural weakening and eventually total collapse.

Before making a decision on treatments a surveyor must consider the condition of the infested timber, the type and accessibility of the woodworm attack and the risks and hazards associated with any work that is to be recommended.

In preparation for the application of preservatives, the timbers should be cleaned down to remove any excess dust and debris. Treatments using water-based insecticides are very common and are generally successful and cost-effective. Chemicals are often applied by low-pressure spraying but some insecticides can be applied by “fogging” or are brushed on.

Furniture, ornaments and small items of timber can be treated by the use of heat, freezing or gas fumigation. All these methods of treatment are highly specialised and should only be undertaken by people who are trained and competent.

Death Watch Beetle Xestobium rufovillosum. This insect is often associated with historic buildings and usually affects the sapwood of hardwoods that are damp or have been affected by fungal decay.

House Longhorn Beetle Hylotrupes bajulus. This relatively large insect affects sapwood and is predominantly associated with roofing timbers. They are limited in range to a small part of south-east England. Infestations if left unchecked can lead to a severe structural weakening in a relatively short period of time.

When infestations by the Death Watch Beetle and House longhorn beetle are discovered, treatments will always be dictated by site conditions and formulated by an experienced specialist. 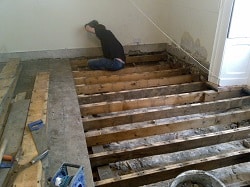 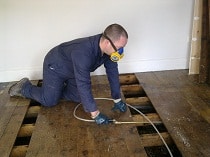 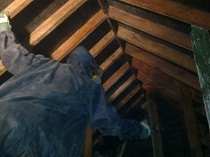 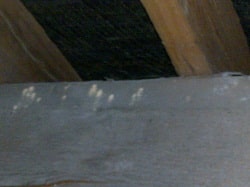 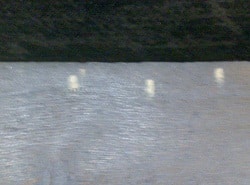 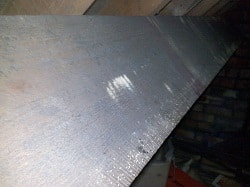 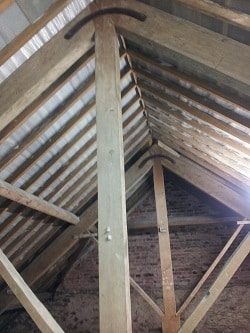 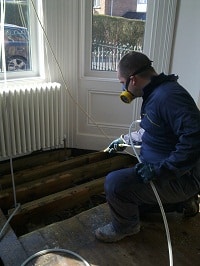 Search for a Product

You can find out more about which cookies we are using or switch them off in settings.

This website uses cookies so that we can provide you with the best user experience possible. Cookie information is stored in your browser and performs functions such as recognising you when you return to our website and helping our team to understand which sections of the website you find most interesting and useful.

Strictly Necessary Cookie should be enabled at all times so that we can save your preferences for cookie settings.

If you disable this cookie, we will not be able to save your preferences. This means that every time you visit this website you will need to enable or disable cookies again.